It’s our turn to copy China

Chinese companies are known for copying from the West and adapting products and business models to the local Chinese market. This practice is known as ‘Shanzhai’, a word used mostly in a pejorative context to imply Chinese copycats who have stolen from the West.

‘Shanzhai’ literally means “mountain village” and refers to “bandits” who hid deep in the mountains to fight corrupt rulers – comparable to the heroic outlaw Robin Hood from the English folklore. The term ‘Shanzhai’ can be traced to Chinese classics such as “Journey to the West” and “The Story of Shui Hu”, stories that have influenced the Chinese people for centuries. Unlike our Western understanding of ‘Shanzhai’ as dishonest copycats, Chinese consumers perceive these Shanzhai-bandits as heroic, generous, inspiring and highly skilled.

These modern-time bandits were some of the smartest Chinese engineers working hard for the best foreign brands aspiring to make a difference. At times, they suggested to their foreign bosses to adapt the products to the Chinese market: cost driven, wider variety and feature rich. Seldom they were heard, and out of pure frustration, many turned into ‘Shanzhai’, stealing from the West to sell to Chinese consumers at very low profit margins.

While Shanzhai is common across a wide range of products and services, it is particularly prevalent in the internet sector. Chinese internet companies are often compared to their Western counterparts based on the similarity of their business models. For example, Baidu known as the “Google of China”, Xiaomi as “Apple of China” and Alibaba as the “eBay of China”. What is neglected in these comparisons is the underlying context that gave birth to these Chinese companies and how they evolved to become more innovative than the originals.

Although, for example, Alibaba adopted an eBay-like model at first, it transformed instantly. Back in 2003, eBay entered China by acquiring the Chinese EachNet – at the time China’s top e-commerce site. At that point eBay/EachNet owned 75% of the Chinese ecommerce market, while Alibaba just launched Taobao that same year. Three years later, Taobao had 75% market share and eBay China fell back to 7%.

This had little to do with market protectionism as is often said of Chinese internet copycats. The real secret of Alibaba, on the contrary, is exemplary of how Chinese companies have outsmarted Western companies in China so far, and how they will logically now ‘copy’ their own model for success in our own backyard – Europe. Their model has depended on their ability to add continuous micro-innovations, which is touching the lives of hundreds of millions.

As early as 2003, Jack Ma introduced 4 business concepts that were almost opposite from business practices in the West and unveils 4 best-practices of how hundreds of Chinese companies have managed to stay ahead through smart innovation.

Back in 2003, China was a pure cash-money society. Credit cards, as used by eBay, were unpopular as local banks would levy a 15% interest rate. Chinese bank managers didn’t believe in online business either, so no one would give Alibaba a banking license.

But Jack Ma was determined that without trust in payments, ecommerce would simply not be possible. With that vision, he decided to set-up Alipay, like a true bandit. It was 100% illegal and a he faced a high probability of imprisonment in China. He made deals with all Chinese banks and China Post to allow Taobao clients to open their own Alipay account. The money was released to the seller through an escrow system after the buyer had received the goods in good order. One by one, Alibaba earned the trust of millions.

Jack knew Alibaba first had to help customers make money before they could make money themselves. eBay’s business model was to charge the sellers to post a listing, whereas Alibaba made online listings free, which flooded the Taobao site with many more products. Alibaba’s business model was not to take the money from the smaller sellers, but charge for Ads to big brands who could afford it. As for buyers, Alibaba offered them to invest time. Buyers could give feedback and rate sellers, and hereby earn discounts on goods, services or shipping. Buyer and seller were either saving or making money on Taobao, and at same time creating more transparency to enhance the trust of suppliers, once again.

For a communist country, it could surprise to hear how customer centric China has become. Chinese companies understood early on that customers are the lifeblood of the company, and they need to be at the centre of the business. In the West, customers that need to go through a maze of phone dial-in options before talking to a real person are not an exception. Customer service is not our core business we tell ourselves and our shareholders.

Alibaba instead created in 2004 Aliwangwang, an instant messaging system to connect buyers and sellers with each other. Because business is about people first. Alibaba provided free business trainings to sellers and offered a special code system to manage all their online shops. To buyers they gave a 7-day free return policy, which is more common today. But 15 years ago, Alibaba already set the standard for China for customer service and keep doing so today for example by providing a loan in matter of seconds to consumers solely based on purchasing and credit history. Chinese companies think of what the customer likes and dislikes as a quest for innovation and creating new services.

With the customer at the centre of the business, Alibaba has been constantly seeking innovative ways to facilitate their operations and give customers a better shopping experience. That mission was the basis to expand its businesses. Unlike western business, we often see an ecosystem as partners and alliances we need to keep happy and informed. Alibaba, in contrast, constantly builds or invests into businesses and industries affecting the customer journey. Examples are Alimama as advertisement platform, Taobao Ke facilitates external sales teams for clients, Video promotion is done through Youku-Tudou, Ali Micro-finance provides small loans and Cainiao is a Smart Logistics Network to make deliveries more efficient for consumers. The benefit of having skin in the game by getting deeply involved in the ecosystem gives Chinese companies a much better sense of what is really going on in the overall industry and where money can be made, or not. Chinese companies act like octopi with a grip on every moving part in their habitat, while Western companies are divesting ever more businesses.

These four key opposing mindsets Alibaba developed to fight and win against eBay in China are common to most Chinese digital companies today. It makes them strong, smart and agile. Just like China copied the Western business models, maybe now it’s time for us to copy theirs and ask ourselves these questions: 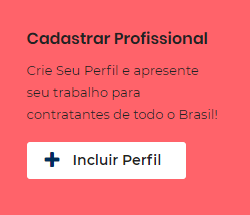